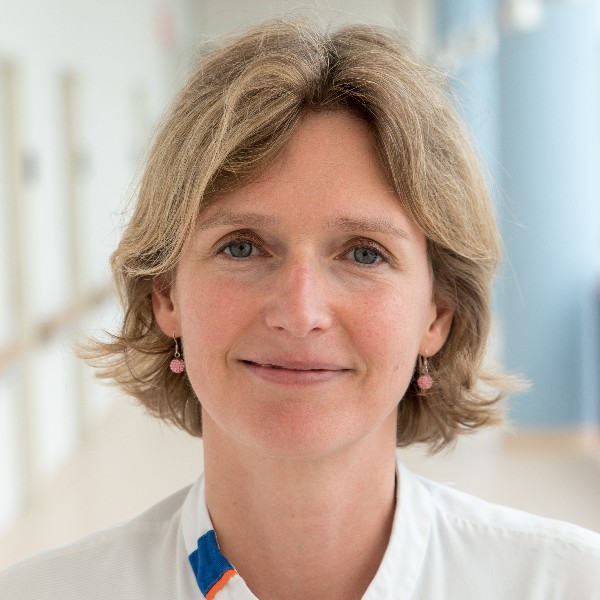 Martje van Egmond is neurologist specialized in movement disorders. In the University Medical Center Groningen (UMCG) she runs the outpatient clinic for children and adults with dystonia who are treated by deep brain stimulation, together with the specialized nurse. Besides this, she works as a neurologist in the Ommelander Ziekenhuis Groningen.

During her medical training at the Rijksuniversiteit Groningen she participated in several research projects, including a project about Tourette syndrome at Yale Child Study Center (New Haven, USA). During her neurology residency at the UMCG, she focused on child neurology, both in the UMCG as in the Child Neurology department of the VU Medical Center in Amsterdam. As a neurologist, she did a fellowship Movement Disorders in the UMCG, with focus on dystonia and other hyperkinetic movement disorders, including North Sea Progressive Myoclonus Epilepsy. In 2015 she was awarded the ‘Jaarprijs Bewegingsstoornissen’ for the best scientific article on movement disorders by researchers under 40 years of age.